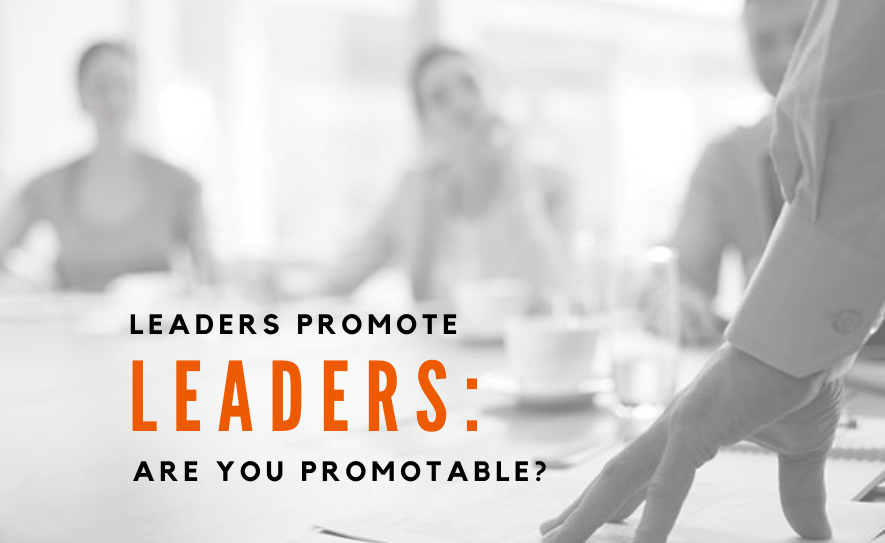 I find most people aren't promoted because they failed to go for it.

In my years in business—particularly the last 20 years where I held a director or Vice-President role and coached other business women—I have noticed that most people are passed over for promotion NOT because they didn't want it or didn't have the skill, but because they didn't go for it.

Perhaps it's because they don't know what "going for it" looks like, but I have seen so many people make a choice with their actions or lack of actions that actually says "Never mind, I don't want that promotion after all." On the one hand they say they want to be entrusted with leadership roles and expanded responsibilities while on the other hand they communicate something entirely different.

They later complain they've been passed over and usually think they know why, but I listen and hear they've sabotaged themselves or didn't step up. They wanted to be promoted BEFORE they stepped up their game.

Many leaders who are ready to promote from within the organization employ a "coach up or out" strategy. What this means to their team members desiring promotion is that 1) the leader is looking for someone with the level of vision that the role requires, 2) the ability or skill to act on it, and 3) someone who is already doing it.

For example, a Vice-President is looking for someone who is already the Vice-President of Marketing in everything but title only—leading the team, setting the tone, setting the pace, taking the responsibility, building the culture, researching alternatives, setting and hitting the goals.

In other words, if you want a particular part,
you have to act that part before try-outs.

For a leader looking to promote, "coaching up or out" is a known as a win-win. They win if the right person is found within the existing culture. They win if the person who has maxed out their potential with the company is moved out to make room for someone who can grow.

Note: Coaching too often is taken to mean "you tell me what I need to do every step of the way until I feel like I can do it on my own." Nope, that's parenting. A coach can and should give life examples, ask pointed questions, expand horizons, and use teachable moments but shouldn't give baby steps.

If you can't see and at least fulfill in part the vision of what the role needs NOW, then you aren't the right person for that role. Not yet. You can certainly expand yourself by reading, asking wiser people than yourself, or even taking courses (there are plenty of MOOCs on every topic under the sun). My favorite phrase when my own team didn't know something was "Google it!" I might or might not have known the answer, but a quick-gotten short answer is like a single drop of rain on the ground...useless. If you can teach yourself the long answer and become an expert on the topic, it's like a rainfall. You'll grow.

So here's a quick list of how to become promotable, regardless of the position:

-  Enlist a wiser person who can make sure your actions align with that choice.

-  Act the part you want to play (without arrogance).

-  Step up your game on all levels.

-  Do not respond out of emotions.

-  Ask wiser people (or Google) who have held the same position what the role requires.

-  Be early. Leave later. (Or show in another way your commitment.)

Promotion comes when your actions align with your decisions.