Most Important Question (& Answer) Your President Should Be Asking You 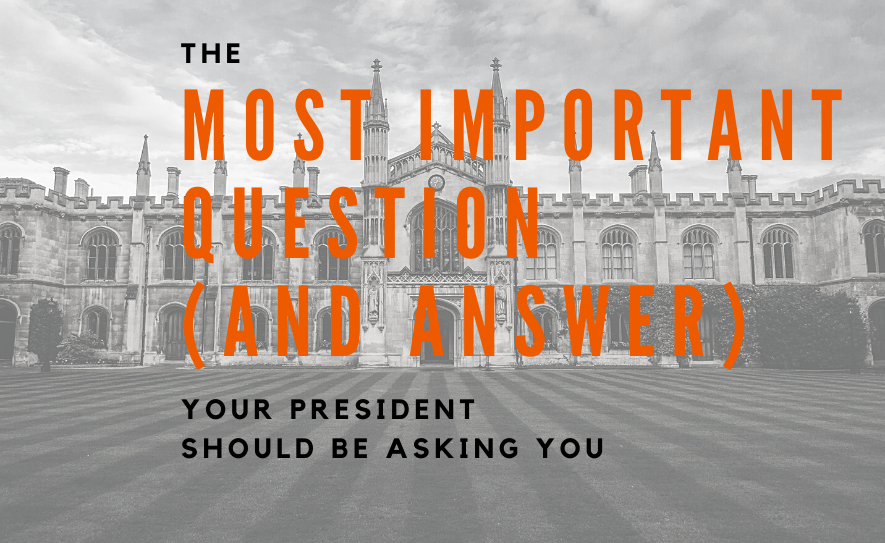 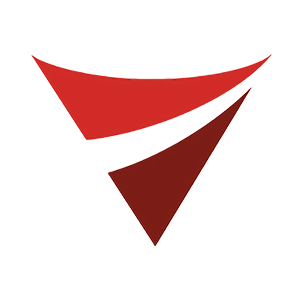 I recently sent a follow-up email to a VP of Enrollment who wanted to engage us to train his Admissions Staff on our Value(s) Based Enrollment Methodology (VBEM). Within a day I received his email reply, sharing that due to the uncertainty surrounding COVID-19 his President asked every department what they could do to cut their budget by 20%.

If you’re an enrollment leader you’ve probably heard this before. I heard it a few times during my career as I weathered a couple of decades of tech busts, 9/11, and the downturn in 2008. It doesn’t surprise me that cutting expenses is the first reaction. However, slashing expenses is not the only way to get through an economic challenge—especially one that’s not exclusively economically related like the one we’re in now.

There is another way forward: Future-minded college presidents focus their leaders on top line revenues (tuition-paying students) as much as middle line expense cuts in order to thrive...not just survive.

So what does this leadership focus look like? It includes gathering the revenue-producing leaders such as the VPs of Enrollment and Advancement along with select Board members to brainstorm, collaborate, and create new ways to increase revenue for the school. According to Rob Westervelt, VP of Strategy and Former VP of Enrollment and Marketing of George Fox University (GFU):

“The fastest and least expensive way for an institution to increase tuition revenue is to invest in sales training for their Admissions Counselors.”

Rob’s success at GFU helped create a robust marketing and sales (admissions) perspective, culture, and collection of best practices/processes that broke Freshman class records year-over-year for five consecutive years. Rob’s leadership, in response to a challenge from his President Robin Baker, is still paying dividends today. During three of the five record enrollment years, GFU went from facing layoffs, furloughs, budget cuts, and a $2M deficit to achieve a $60M surplus. Much of that increase came from tuition revenue that resulted from an increase in the average yield per Admissions Counselor from 78 to 144 enrolled students per year.

Let’s look at the numbers in more detail:

Before the VBEM training the GFU Admissions team yielded 2.8 enrolled students for every 100 inquiries:


Back to the email exchange with my prospective client: I got to thinking after I read his email a second time, instead of asking for each department to make cuts, I wonder how the results would change if a different question had been posed: “What can you do to increase your yield this year?”

In the examples above, GFU’s investment in sales training for their Admissions Counselors helped to almost double their yield, leading to millions of dollars in increased tuition revenue. Further, it created a positive culture in the marketing and Admissions departments that remains to this day.

It all started when the President asked the most important question and his VP of Enrollment gave him the most important answer. If your President has not asked this question, perhaps consider a conversation on the future state of your school, the enrollment, and how making a long-term investment to increase the school’s top revenue line can make all the difference.

Whenever we help a President and VP of Enrollment do what Rob and Robin did at GFU or any of our other institutions, the result is a culture that honors and emphasizes revenue-producing activities that result in all departments achieving goals—Academics, Athletics, Administration, Student Affairs, and Advancement.

If you are interested in how and when to present and prove the answer to this question, join us Tuesday, June 30th at 11 AM PT/2 PM ET. Click here to register.